Take being called crazy as a compliment. 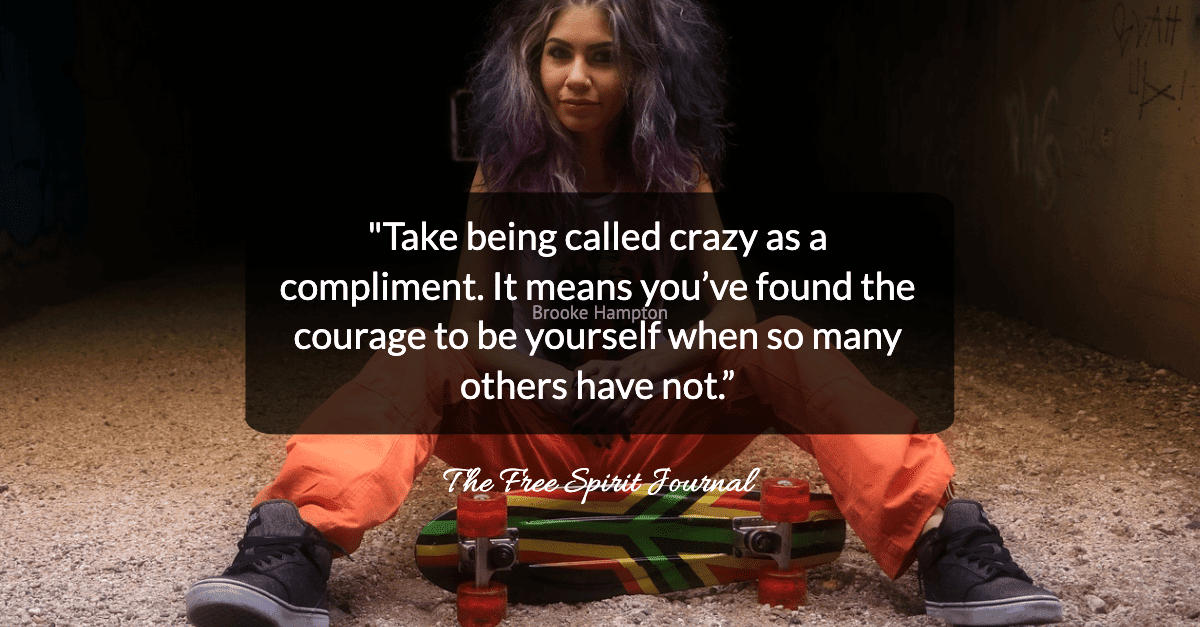 “Take being called crazy as a compliment. It means you’ve found the courage to be yourself when so many others have not.”– Brooke Hampton

Society tends to label people who are different as “crazy.” While this might seem like an insult, it can actually be a compliment. Here’s why:

It Means You’re Courageous Enough to Be Yourself

In a world where conformity is the norm, it takes a lot of courage to be yourself. People who are called “crazy” have usually found the courage to be true to themselves, even when everyone else is telling them to do otherwise. So, next time someone calls you crazy, take it as a compliment—it means you’re brave enough to be yourself, even when it’s not easy.

It Means You See the World Differently Than Most People

It Means You’re Creative and Original

Creativity and originality often go hand-in-hand with being called “crazy.” If you’re always experimenting and trying new things, then you’re likely to get labelled as “crazy” at some point. But that’s not necessarily a bad thing—it just means you’re doing your own thing and not following the crowd.

It Means You Believe in Yourself—Even When Others Don’t

Many people give up on their dreams because they don’t believe in themselves—but not people who are called “crazy.” These individuals have usually found the strength to pursue their dreams even when others told them they were impossible. So, if you’ve been called “crazy” for chasing your dreams, take it as a compliment—it means you believe in yourself more than most people do.

It Means You’re Not Afraid of Failure

Many people are afraid to fail because they think it means they’re not good enough. But people called “crazy” often see failure as simply another step on the road to success. They know that failure is inevitable if you want to achieve something great, so they’re not afraid of it. They embrace it.

The next time someone calls you crazy, don’t get offended—take it as a compliment! It means you’re courageous enough to be yourself, creative and original, believe in yourself, and aren’t afraid of failure. So embrace your inner “crazy” person and use it to your advantage!

Being Ghosted Sucks–Here’s Why People Do It and...

Send these to my email, thank you.