Mercury Retrograde 2022: What to Watch Out For 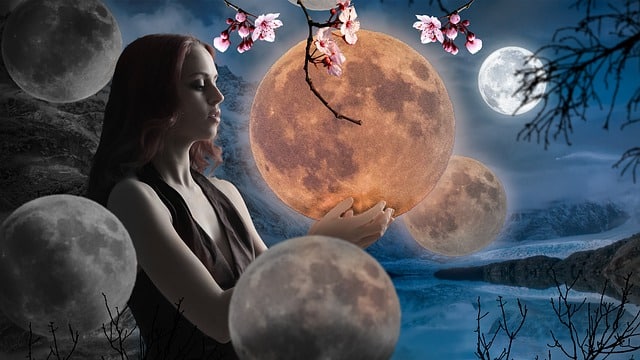 If you’re feeling a little off your game lately, it might be because of mercury retrograde. Mercury retrograde happens three or four times a year, and when it does, it has a tendency to throw us all for a bit of a loop. From September 9 – October 2, 2022, this cosmic event will cause some major disruptions. Here’s what you need to know about mercury retrograde and how it will affect your zodiac sign.

What is Mercury Retrograde?

In case you’re not familiar, Mercury is the planet of communication, travel, and commerce—all things that tend to go a little haywire when this planet is in retrograde. As Astrologer Amy Morin writes for Forbes, “Mercury retrograde is an illusion created by the fact that Earth is moving faster than Mercury.” However, even though it’s not really happening, the effects of Mercury retrograde are very real. According to Morin, “During these periods, people often feel as if their lives are spinning out of control.”

During Mercury retrograde, everything from your commute to your relationships can be affected.

Each zodiac sign will experience the effects of Mercury retrograde differently. Here’s what you can expect, based on your sign:

You might find yourself butting heads with authority figures more often than usual during this time period. Try to bite your tongue and avoid saying anything you might regret later on.

This retrograde will cause you to reflect on your relationships—both romantic and platonic. Examine what’s working and what isn’t, then make any necessary changes.

As one of the most affected signs during this time period, you’ll likely feel like your life is turned upside down. Don’t worry—things will start to make sense again eventually. Just ride out the storm for now.

Use this time period as an opportunity to focus on your own needs instead of always putting others first. It’s okay to be selfish every once in a while!

Be careful not to overspend during this time period—you might find yourself regretting it later on if you do. Stick to a budget and resist any temptation to splurge.

This is a good time for introspection and self-care. Slow down and take some time for yourself—you deserve it!

Things might get a little tense between you and your significant other during this time period. Talk things through calmly and try to see things from their perspective before jumping to any conclusions.

You might find yourself feeling more irritable than usual during this time period—if that’s the case, take some time for yourself until you’re feeling back to normal again…

This is generally a good time for career advancement—however, don’t get ahead of yourself and bite off more than you can chew! Take things one step at a time.

Things might get a little…weird between you and your family members during this time period (to put it politely). Keep calm and carry on—it’ll all blow over eventually.

This is generally a good time for socializing—just be careful not to go overboard and exhaust yourself in the process! Get out there and have some fun.

You might find yourself feeling more creative than usual during this time period—use that creativity to your advantage! Whether you’re painting, writing, or just daydreaming, let your imagination run wild .

Signs most affected during the mercury retrograde:

If you’re a Gemini, Virgo, or Scorpio, you’ll want to pay special attention during this time. These signs are ruled by mercury, so they’re particularly susceptible to the chaos of this cosmic event.

What To Do (and Not Do) During Mercury Retrograde

You can do a few things to make mercury retrograde a little easier to deal with. First, try to avoid making any big decisions during this time. This includes anything from changing jobs to getting married. If possible, wait until after mercury retrograde is over to make any major life changes.

You should also take things slowly during this time. Avoid overbooking your schedule or taking on too much at once. Instead, focus on taking things one step at a time and enjoying the simpler things in life. Finally, make sure to stay grounded and connected to your roots. This is not the time for impulsive decisions or risky behaviour. Trust your gut and listen to your intuition – it will never steer you wrong.

10 Things to Know About Loving a Sagittarius

10 Things to Know About Loving a Gemini

10 Things To Know About Loving an Aries

7 Things To Know About Loving A Virgo

6 Things To Know About Loving a Capricorn

10 Things to Know About Loving a Libra